A child needs you

A child needs you 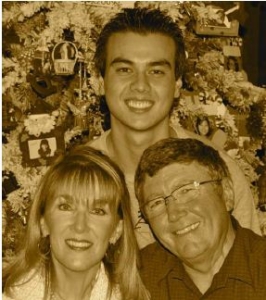 Imagine a church, just before a wedding is about to begin. Everything is in place, and everyone is in place. Pan to the first rows reserved for the bride or groom’s family and you’ll see they are empty. No parents, no brothers or sisters, no aunts & uncles, no nieces or nephews, and no cousins. Just empty pews! How sad, but that is a sad fact that will be played out time and time again for former foster youth who aged out of foster care without ever getting a family of their own.

The sad truth is we as a community have hundreds of children in foster care who want a family, and thousands of adults who could be the family these kids so desperately want. It’s a huge issue but often God solves huge issues one at a time, and you could be that one person God is talking to. Let us tell you our story.

We have been married for 44 years and have already adopted four children. We had two biological children. We adopted a little girl from Korea and after getting her home discovered there were two older brothers and an older sister left behind . Eventually we were able to get them all here. As a result a family of two girls expanded to a family of four girls and two boys. It all occurred 20 years before John, and we thought we were done, settled, and in the grandparent mode. As you’ll see God wasn’t finished.

John is a young man adopted at birth and raised in Hawaii.  Sadly it was an abusive situation when both parents were in the house, but deteriorated further when the adoptive mom abandoned her husband and children to live with someone else when John was 8. At 12 a schoolteacher noticed and reported bruises, called social services, and John was permanently removed from the home. This started an odyssey of moving from foster home to foster home just trying to survive and find where he fit in.

The thought of being completely alone was terrifying to John

As John approached his 18th birthday, he was given training to learn to live on his own because like so many others, when you turn 18 you age out of the system and must be on your own. The thought of being completely alone was terrifying to John. During a field trip to the state capital where John was in this “transition” group, he noticed a photographer taking pictures of another group of foster kids. He asked her what was happening and the photographer told him she was taking photos to be posted in a display at the capital in hopes that some of the foster youth would be adopted. He asked that she photograph him because he really wanted a family. Although he was told there was little chance someone aging out of foster care would be adopted, his picture was taken anyway and put on display.

A retired family counselor happened to be in the capital the day of the display. For a reason she to this day cannot explain she was drawn to John’s photo. She resolved to try to help, called my wife, told her about this ½ Korean ½ caucasion foster youth aging out of the system and asked her to pray that a home be found for him before he aged out. The call came out of nowhere! We had not adopted in 20 years & were not thinking about it in any way. Shaken, Marilyn came to me told me about the call and asked what I thought of it. Frankly I replied that our friend was nuts or thought we were nuts. We both resolved to think and pray about it, but really didn’t think we were up to the task.  Amazingly, however, this young man was a combination of our family.

A few weeks later, a grade school friend of Marilyn’s was visiting and we were going to watch a movie. She selected a movie that we had in our library but had never opened, indicating she would like to see it. I wasn’t sure I wanted to see that particular movie and offered another choice. Three nights later, after two more requests to watch this movie, Marilyn’s friend insisted, telling us she really wanted to see that movie, so we relented. The movie was “Antwone Fischer”. It’s a very good and moving story of a young man who grew up in foster care and dealt with all issues related to not having a family. Marilyn and I both sat there like we had been hit with a brick. When I was putting the movie back in its case, I noticed a note on it. It had been given to us by our oldest daughter and her husband the prior Christmas. The note read, “mom & dad, watch this movie and it’ll change your life! Love Lynn & Glen”. Another brick… and we called the social worker.

We have learned more about God’s unconditional love than at any time in our lives.

John became a part of our family 6 months later. It has not been a walk in the park, but we have learned more about God’s unconditional love than at any time in our lives. John was full of issues. The first of which was his trouble trusting. He didn’t unpack his duffle bag for the first two months he was home. He never did; Marilyn finally unpacked it for him. While he wanted a family, he wasn’t sure because he didn’t believe a family could love him. He wanted parents, but wasn’t sure what a parent would be like. He  wanted to be taught, but at 18 didn’t want advice. He wanted to be treated just like all of the other kids, but then found the common rules more restrictive than he wanted. We had to work through all of these issues one at a time. He would test us to see if we would really keep him around. But always it came back to unconditional love.

Today, a young man who the experts thought was not going to graduate from high school has an Associates two year degree and is just two semesters away from earning a double bachelors degree in criminal justice and sociology. He is a person who has a gift to make a difference in other’s lives. Is he still a “work in progress”? Yes he is… but aren’t we all?

Do you see God’s hand in all of this? What if he never had the photo taken? What if the friend hadn’t called us? What if we didn’t watch that movie? There are simply too many dots to connect to think this was all a strange coincidence. God was not done with us, and he needed to get our attention. In that same thought, I’m not sure he’s done with us yet, not as long as there are foster youths who want a home and people available to open their hearts and be the mom and dad that so many children need.

God could be talking to you right now, but you have to be receptive. Every child deserves a home and parents of their own. It’s never too late because God’s timing is always perfect. You could be just the one person to make a difference for one child. It will not always be easy, sometimes frustrating, but always you’ll know it can be one of the most rewarding, satisfying things you will ever do in your life. If you have room in your heart, does God have your child waiting for you?

About the Author: Daniel Nehrbass